I visited Maine in July of 2015 to celebrate my high school graduation. We flew into Portland and walked around downtown for a while before driving south to explore the Portland Head Light.

We arrived early, so the lighthouse wasn’t crowded yet. 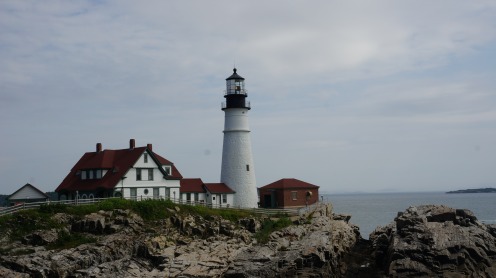 While I was walking up a trail to take these pictures, an elderly man asked me to take a picture of him on his Nokia phone. 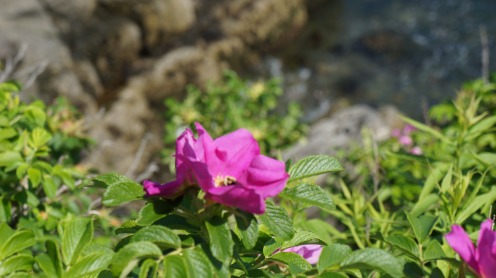 The next stop was Acadia National Park, one of the main reasons I wanted to visit Maine. It is one of my favorite national parks, and I highly recommend it. There are beaches, mountains, places to fish (if you’re into that), beautiful landscapes, and great places to just sit and relax. There’s also a restaurant on the water that is famous for its popovers–I’d previously never eaten a popover and haven’t had one since then, but I thought they were pretty tasty. Other popular foods in Maine were whoopie pies (I ate several) and lobster (I ate zero).

A friend I met in Acadia. Look at the beautiful trees!

Joshua Pond was one of my favorite places on the trip and one of the most serene areas I have ever been to. There was hardly anyone there except for a lone fisherman (see if you can spot him in the picture below), and I wanted to sit there for hours and soak in the quiet ambiance.

The water in Acadia was gorgeous and, surprisingly, the beach wasn’t too cold for swimming. 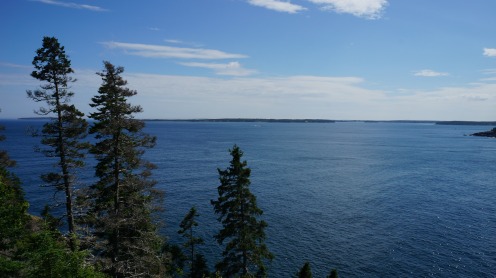 Outside of Mount Desert Island, there is a less popular section of Acadia on the Schoodic Peninsula. There were very few people here (I saw about 5 people, including the artist in residence who was painting a portrait of Schoodic Point). It was very overcast there and foggy, just as I had imagined New England would be. 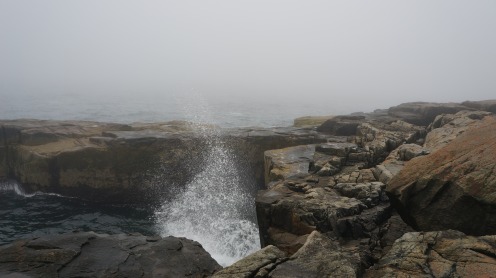 The main reason I wanted to go to Maine was because I’d wanted to go whale watching for years. I’ve had a general fascination with whales for years and years. We went on a whale watching tour with Bar Harbor Whale Watch on the Friendship V, and I was mentally prepared to not see any whales since there hadn’t been any sightings in several weeks. As the ship sailed over the Atlantic, the crew received a call from a nearby fishing boat that had spotted a two humpback whales–a mother and her calf. The mother was named Fundy after the Bay of Fundy in Canada and the calf was unnamed as this was one of her first appearances. It was amazing to see the whales breaching (my pictures don’t do it justice) and an experience I will always remember. We also saw puffins on the trip, and they were also very cool. 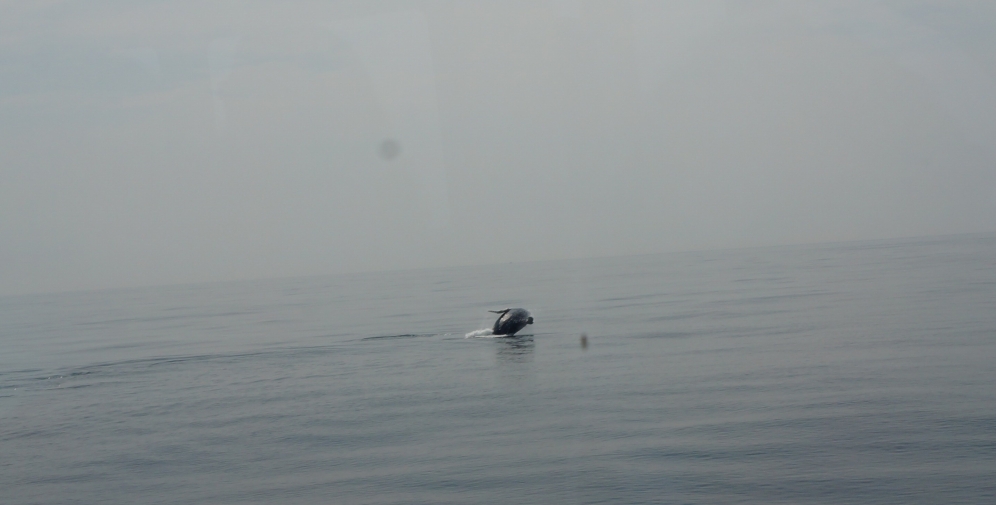 Bar Harbor and Acadia were highly verdant, and it was common to see wild roses, irises, and other vegetation. 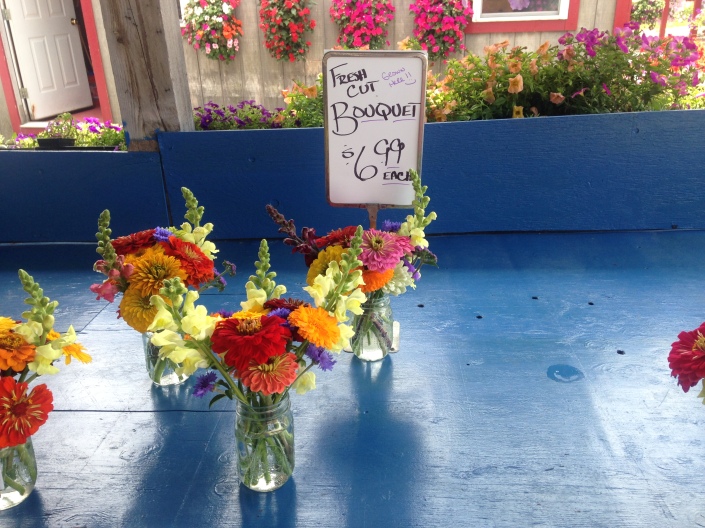 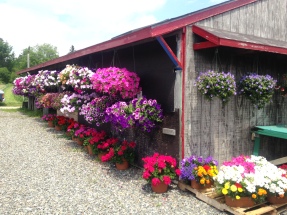 A hotel in Bar Harbor